I last saw Dr. Ntozake Shange on the night of her reading event which I organized, in St. Louis, at the Missouri History Museum on April 25, 2017. It had been awhile since Dr. Shange visited St. Louis. Friends, family, and the community were eager to see her. I was privileged to stay with her on the first night of her visit to assist her and be in her company. I was excited to witness the kindness, beautiful spirit, humor, and art of a woman artist I had long admired – up close.

Dr. Shange was musically accompanied by Kendrick Smith, a saxophonist from East St. Louis, Illinois for her reading. It was a beautiful Spring evening for poetry. The theater was full of Dr. Shange’s family, friends, fellow artists, students, and fans. Her words were heartfelt, passionate, rhythmic, and at times humorous during her set.

Dr. Shange’s earlier interview and Q&A audience discussion Dr. Kathleen Nigro (UMSL) and Dr. Rebecca Wanzo (Washington University). She spoke her truth and gave the audience a glimpse into the mind and heart of a genius artist. Dr. Shange was asked, “What is the most challenging thing you’ve had to overcome as a writer?” She replied, “I write circularly. I rarely write from A to B to C. I resist angular stories. I’m not interested in the end of a story. I’m interested in the texture and the dialogue. The magicality.” When asked, “How do you deal with being blocked creatively?” Dr. Shange replied, “I cook or make a cake. I do something else creative.”

Queen of the stage and page, Ntozake Shange was one of my literary mothers. Award winning writer of poetry, plays, novels, children’s books, and essays. Champion for colored girls and women. A wondrous poet who merged words with jazz and blues rhythms. I was saddened to hear of her passing this past Saturday, October 27, 2018. I was in Virginia, visiting my alma mater, Hampton University. The school where I completed my senior English thesis project on the writings of Ntozake Shange. I was told at the time that I would not find a lot of criticism on her work to support my thesis. I didn’t let that deter me. I loved her writings so much I wanted to delve into her work and present it as my culminating assignment for the English major.

Early on in my life as a college student and later a budding poet I saw similarities between Dr. Shange and I. Dr. Shange was born one day and one year before my mother. Dr. Shange grew up with my godmother Constance in the same St. Louis neighborhood. We were both born in the New York tri-state area (she in Trenton, NJ and I in Brooklyn, NY) and raised primarily in St. Louis. I related to her both her physical journey having lived in several different cities, and her creative journey. She was fire and ocean in my eyes. A rebel. A woman who owned her destiny. She would have been another of my favorite writers’- Zora Neale Hurston’s – wildest dream. She was beautiful, intellectual, pioneering, and powerful. Her creativity knew no bounds. I decided before I left college that this was the kind of woman I wanted to be. I didn’t know how I would become this multi-faceted woman, but I knew it had something to do with making art.

Ntozake Shange was born on October 18, 1948. Shange’s award winning play “For Colored Girls Who’ve Considered Suicide When the Rainbow is Enuf” presented on Broadway in New York City in 1976. When I was finally old enough to see the play, I was touched by the riveting visual, musical, dance, and poetic elements performed by Shange and the other women performers in “For Colored Girls.” I decided at a young age that I would follow Shange’s work. I read her early novels and a few of her early poetry collections. What struck me about Dr. Shange was that she was not only a writer, she was also an actress and activist. She cared about her community. She cared about young people. She cared about women. She cared about art. She was art.

Known as an artist who often merged her poetry with music, Shange performed with notable musicians including: Sun Ra, Archie Shepp, Hamiet Blueiett, David Murray, and others.

Ntozake Shange graduated from Barnard College, Columbia University (B.A.) and the University of Southern California (M.A., American Studies). Barnard College Library Archives acquired collections of Shange’s writings and early drafts in 2016. Dr. Shange’s immense contributions to the world of drama, literature, womanist thought, and American studies will never be forgotten. Her spirit remains in the many artists, scholars, friends, and family who she touched.

Get featured! Blog interviews for authors 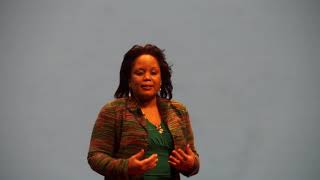